2. Arithmetic Mean for Frequency Distribution
Let f1,f2,…,fn be corresponding frequencies of x1,x2,…,xn. Then,

It looks like the Arithmetic Mean for Frequency Distribution.

Recall that we can write this in short form by using the Greek letter I (capital
sigma) which means summation. That is,

which, more briefly, is written as

, if it is understood that i varies from 1 to n.
Let us apply this formula to find the mean in the following example.

Examples: Questions and Solutions
Q1. Calculate the mean for the following distribution: 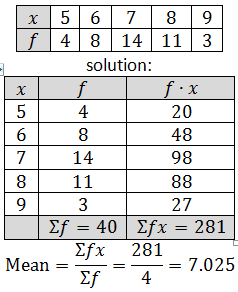 Q2. The ages of 40 students are given in the following table: 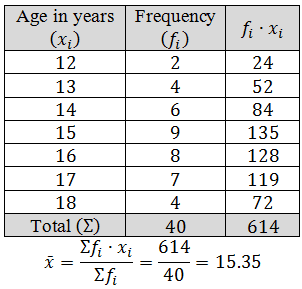 Q3. Find the mean of the following data: 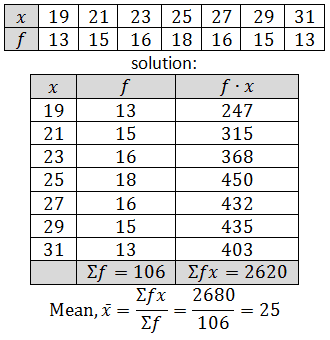 Q4. The table below represents Mathematics test scores and frequency for each score.

Q5. From the data given below, calculate the mean wage, correct to the nearest rupee. 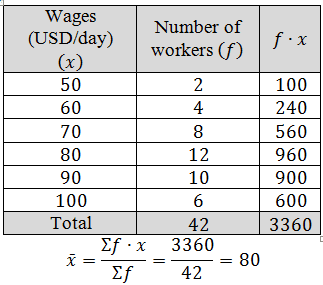 (i) Mean remains the same if the number of workers in each category is doubled.

solution:
Recall that to find the mean marks, we require the product of each xi with the corresponding frequency f. So, let us put them in a column as shown in this table. 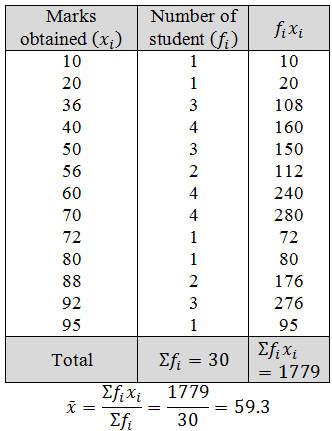 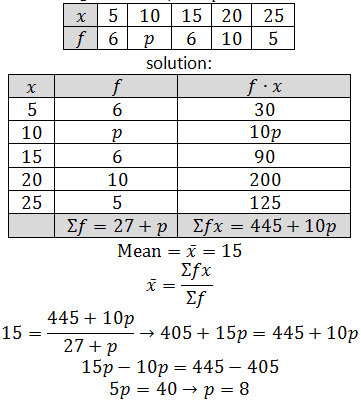 Q8. Find the value of p for the following distribution whose mean is 16.6. 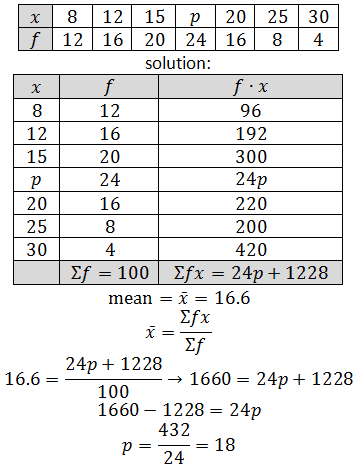 Q9. The following table gives the heights of plants in centimeter. If the mean height of plants is 60.95 cm: find the value of ‘f‘. 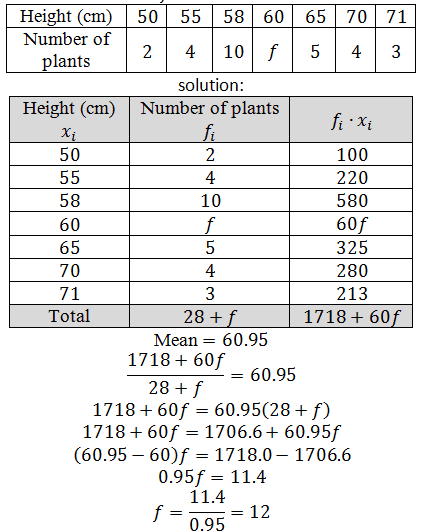 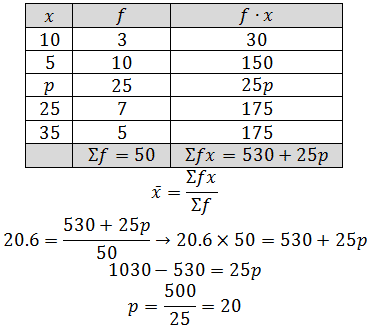 Q11. The marks obtained by 40 students in a short assessment is given below, where a and b are two missing data.

If mean of the distribution is 7.2. find a and b.
solution:
Mean