Let us consider the following situation:
Suppose a coin is tossed at random.

When we speak of a coin, we assume it to be ‘fair’, that is, it is symmetrical so that there is no reason for it to come down more often on one side than the other.
We call this property of the coin as being ‘unbiased’. By the phrase ‘random toss’, we mean that the coin is allowed to fall freely without any bias or interference.

where we assume that the outcomes of the experiment are equally likely.
We will briefly refer to theoretical probability as probability.
This definition of probability was given by Pierre Simon Laplace in 1795.

Probability theory had its origin in the 16th century when an Italian physician and mathematician J.Cardan wrote the first book on the subject, The Book on Games of Chance.
Since its inception, the study of probability has attracted the attention of great mathematicians. James Bernoulli (1654 — 1705), A. de Moivre (1667 — 1754), and Pierre Simon Laplace are among those who made significant contributions to this field. Laplace’s Theorie Analytique des Probabilités, 1812, is considered to be the greatest contribution by a single person to the theory of probability. In recent years, probability has been used extensively in many areas such as biology, economics, genetics, physics, sociology etc. 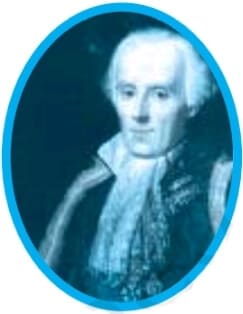 In Class IX, we learnt to find the probability on the basis of observations and collected data. This is called statistical approach of probability.
Both the theories have some serious difficulties. For instance, these theories can not be applied to the activities/experiments which have infinite number of outcomes. In classical theory we assume all the outcomes to be equally likely. Recall that the outcomes are called equally likely when we have no reason to believe that one is more likely to occur than the other. In other words, we assume that all outcomes have equal chance (probability) to occur. Thus, to define probability, we used equally likely or equally probable outcomes. This is logically not a correct definition. Thus, another theory of probability was developed by A.N. Kolmogorov, a Russian mathematician, in 1933. He laid down some axioms to interpret probability, in his book ‘Foundation of Probability’ published in 1933. In this Chapter, we will study about this approach called axiomatic approach of probability. To understand this approach we must know about few basic terms viz, random experiment, sample space, events, etc. Let us learn about these all, in what follows next.

In our day to day life, we perform many activities which have a fixed result no matter any number of times they are repeated. For example given any triangle, without knowing
the three angles, we can definitely say that the sum of measure of angles is 180°.
We also perform many experimental activities, where the result may not be same, when they are repeated under identical conditions. For example, when a coin is tossed it may turn up a head or a tail, but we are not sure which one of these results will actually be obtained. Such experiments are called random experiments.
An experiment is called random experiment if it satisfies the following two conditions:
(i). It has more than one possible outcome.
(ii). It is not possible to predict the outcome in advance.
Check whether the experiment of tossing a die is random or not?
In this chapter, we shall refer the random experiment by experiment only unless stated otherwise.

The concepts of probability play an important role in many problems of everyday life. It has very extensive applications in the development of physical sciences, economics, commerce, etc.
Probability of an Event:
If the sample space S is finite, then the probability P(E) of the event is given by:

If there are n elementary events associated with a random experiment and m of them are favourable to an event A, then the probability of happening or occurrence of A, denoted by P(A),
is given by
P(A)=m⁄n= Number of favourable cases/Total number of possible cases.

Impossible and Sure Event

Occurrence of an event

Examples on finding the probability of respective events

Ex8. Why is tossing a coin considered to be a fair way of deciding which team should get the ball at the beginning of a football game?
Answer:
When we toss a coin, the possible outcomes are only two, head or tail, which are equally likely outcomes. Therefore, the result of an individual toss is completely unpredictable.

Ex9. A child has a die whose six faces shows the letters as given below:

Ex11. Five cards — the ten, jack, queen, king and ace of diamonds, are well-shuffled with their face downwards. One card is then picked up at random.
(i) What is the probability that the card is the queen?
(ii) If the queen is drawn and put a side, what is the probability that the second card picked up is
a. an ace? b. a queen?
Sol:
Total number of possible outcomes n(S)=5 (5 cards)
(i) E→ event of getting a queen, n(E)=1

P(E)=0
We know it is an impossible event.

Ex13. In a class, there are 18 girls and 16 boys. The class teacher wants to choose one pupil for class monitor. What she does, she writes the name of each pupil on a card and puts them into a basket and mixes thoroughly. A child is asked to pick one card from the basket. What is the probability that the name written on the card is:
(i) the name of a girl (ii) the name of a boy
Sol:
Total number of possible outcomes n(S)=18+16=34
(i) E→ event of getting girl name
Number of favorable outcomes n(E)=18 (18 girls)

Ex14. Twelve defective pens are accidently mixed with 132 good ones. It is not possible to just look at pen and tell whether or not it is defective. one pen is taken out at random from this lot. Determine the probability that the pen taken out is good one.
Sol:
Number of good pens =132
Number of defective pens =12
Total number of possible outcomes n(S)=132+12=144 (total number of pens}
E→ event of getting a good pen.
Number of favorable outcomes n(E)=132 (132 good pens} 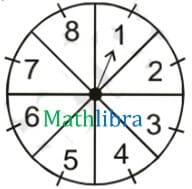 Multiple Choice: Identify the letter of the choice that best completes the statement or answers the question.
Use The Following To Answer Questions 1-2:
Greg spins the spinner twice.

Use The Following To Answer Questions 3-4:
Mrs. Liang spins each spinner one time.

Use The Following To Answer Questions 5-6:
Jared is going to perform an experiment in which he spins each spinner once.

6. What is the probability that the first spinner will land on B, the second spinner will land on 3, and the third spinner will land on Green?
a. ¼ b. ⅛ c. 1/12 d. 1/24
correct: d, solution:
There are 24 possible outcomes. Of these, 1 has B first, 3 second, and Green third.
So, the probability of spinning “A, 3, and Green” is 1/24.
RELATED POSTs
The Number of Elements Of An Event, Enumeration
Using tree diagrams to enumerate parallelable occurrence of an event
Fundamental Principle of Counting, an introduction to probability
How many ways can persons sit together? permutation condition
Factorial QnA
Permutation Formula, QnA
Letters Arrangements, QnA about Permutation
The Number of Possible Composition, Number of Possible Formation (permutation QnA)
Embed the link of this post
G. News 1G. News 2TwitterFacebookWhatsAppBufferLinkedInPin It

1 comment on Basic Theory of Probability, Introduction to Probability