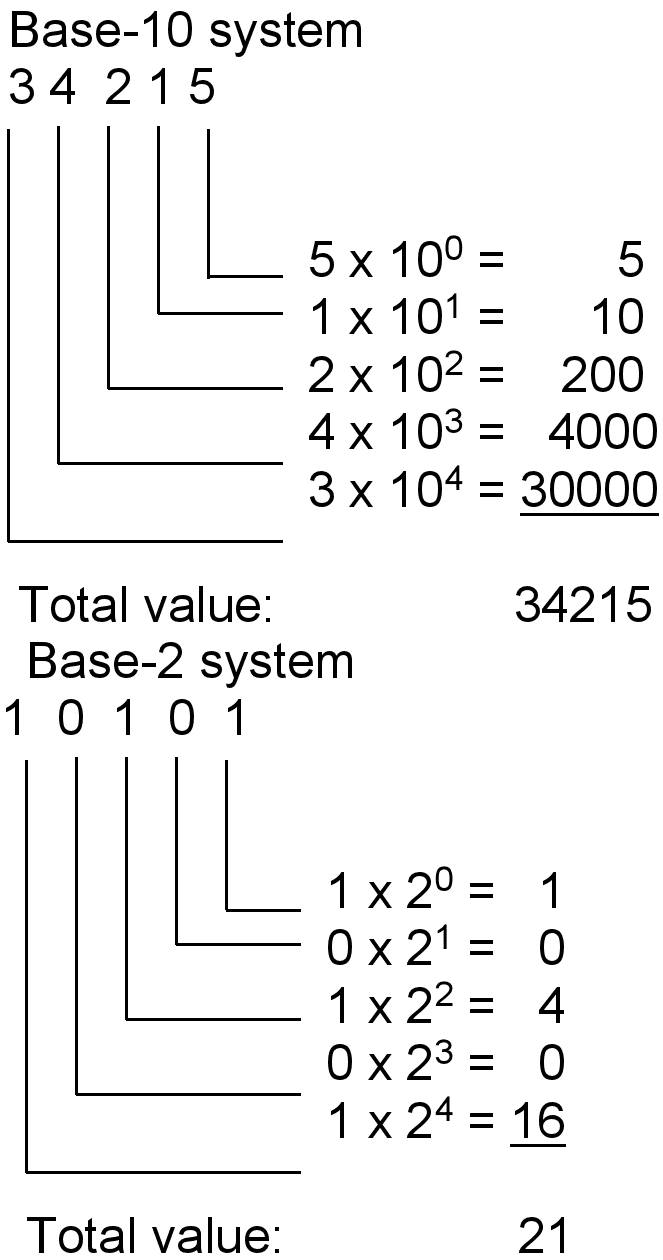 A single one or zero in a base-two number system is called a bit which is short for binary digit. Designating a computer as an 8-bit or 16-bit computer indicates that the number of bits that can be stored in a single memory location. The value of each bit read from right to left across the number is given by the corresponding term of a geometric progression with a common ratio of two.

📌 Question 2. What is the largest number that can be stored in an eight-bit binary number?
✍ Solution:
This is the same as asking for the sum of the geometric progression of 8 terms with a1=1 and r=2.

255 is the largest base-ten number that can be stored in eight bits.

💎 Amount of Memory
📌 Question 3. In 1970 the cost of 1 megabyte of computer memory was $2025. In 1980 the cost for the same amount of memory had reduced to $45, and by 1990 the cost had dropped to $1.
(a) Assuming the pattern continues through the years, what was the cost of 1 megabyte of memory in the year 2000?
(b) How much memory, in megabytes, could you buy for $10 in the year 2010 based on the trend?
✍ Solution:
(a) (1) Present the given information in a table
(2) Study the table. The information suggests a geometric sequence for the cost at each ten-year interval. Verify this by checking for a constant ratio between successive terms.
45÷2025=1/45 and 1÷45=1/45, so the three terms form a geometric sequence common ratio r=1/45.
(3) To find the cost in the year 2000, find the fourth term in the sequence by multiplying the preceding (third) term by the common ratio.

(4) Interpret the result and clearly answer the question.
In the year 2000 you would have paid about 2 cents for a megabyte of memory.

of a dollar per megabyte.
(2) Take the reciprocal of t5 to get the amount of per dollar.
The amount of memory per dollar is 2025 megabytes.
(3) Find the amount of memory that can be purchased for $10
So $10 would buy 10×2025=20,250 megabytes.
RELATED POSTs
What is a Sequence?
Get Terms from Sequences
Writing the First Few Terms of each Sequence (Writing a Sequence)
Determine whether each sequence is arithmetic, geometric, or neither
The General Term of Fibonacci Sequence
Translating from Recursive Rules to Explicit Rules (General Terms)
How to Describe every Arithmetic Sequence?
Get the Common Difference of each Arithmetic Sequence
Embed the link of this post
G. News 1G. News 2TwitterFacebookWhatsAppBufferLinkedInPin It