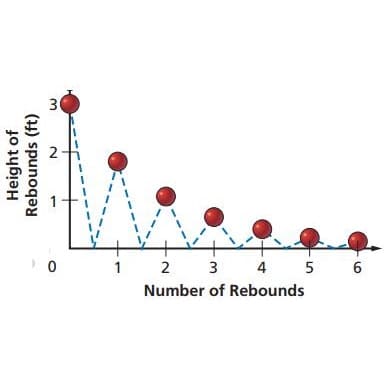 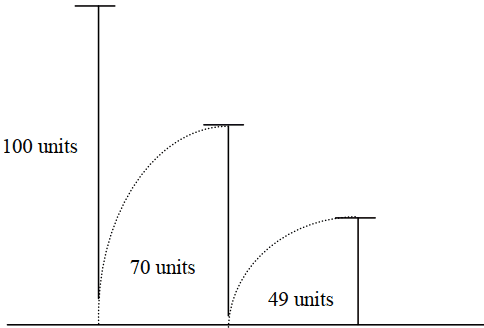 The following table gives each height through which the ball bounces in the first 5 falls.


Examples for when common ratios are Fractions 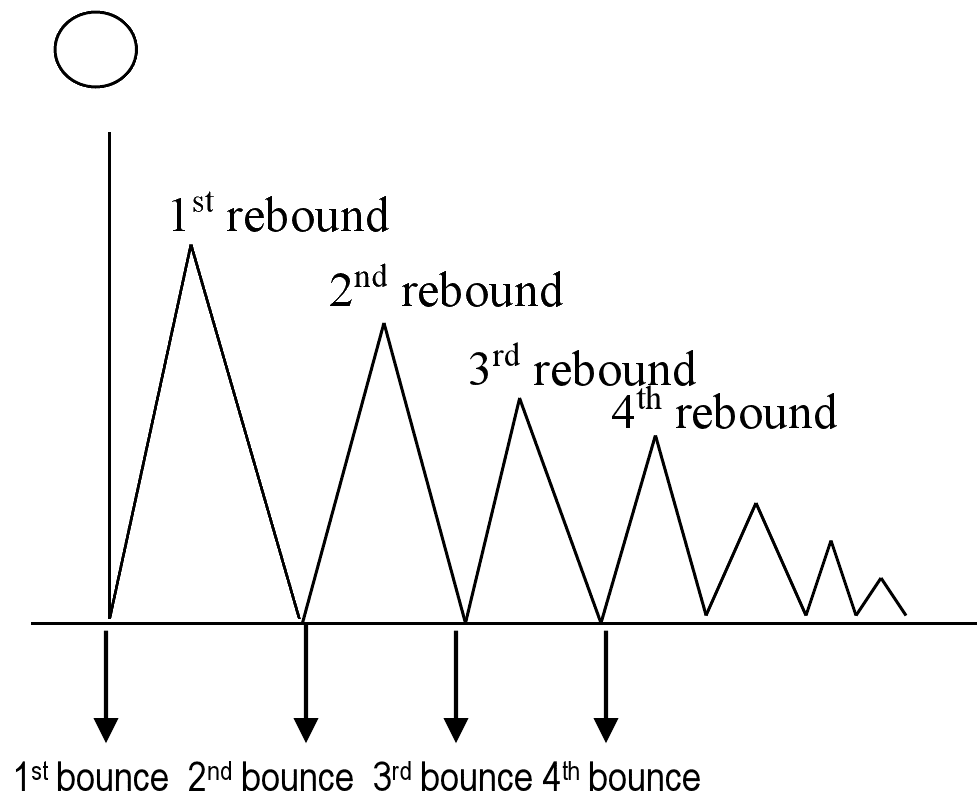 Using the formula for the nth term of a geometric sequence with a1=6, and r=⅗:

The ball rebounds 1.3 m after the 4th bounce. 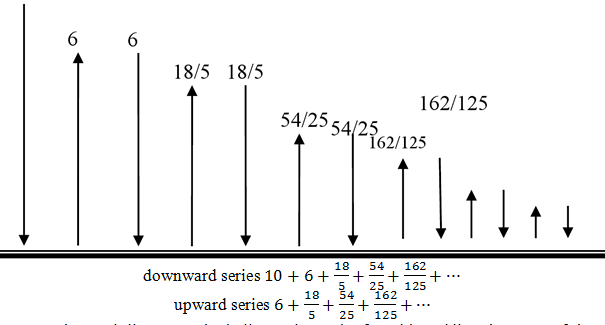 The total distance S the ball travels can be found by adding the sums of these infinite series. This gives

Notice that the series (ii) is contained in both the downward and upward series, then S can be written as

The total distance traveled by the ball is 40 m.

The distance that the ball rebounds is given by the following series:

The total distance traveled by the ball is the sum of F and R, 30 ft.
Let’s read a next post Geometric Series: Bouncing Balls — a Ball Bounces.
RELATED POSTs
What is a Sequence?
Get Terms from Sequences
Writing the First Few Terms of each Sequence (Writing a Sequence)
Determine whether each sequence is arithmetic, geometric, or neither
The General Term of Fibonacci Sequence
Translating from Recursive Rules to Explicit Rules (General Terms)
How to Describe every Arithmetic Sequence?
Get the Common Difference of each Arithmetic Sequence
Embed the link of this post
G. News 1G. News 2TwitterFacebookWhatsAppBufferLinkedInPin It