How Can We Figure Out a Few Of the Hundreds of SEO Ranking Factors Which Drive Mostly Positive Effects?

Meakin
🤔🤔 So if there over 200 ranking factors, plus algorithm updates, how do you conduct a "fair" test of Search Engine Optimization (SEO) Signals?
IOW With so many variables, how do you create a 'control' site(s) vs a 'test' site?
Edit: just to be clear, I'm not talking about figuring out ranking factors. Most half-decent SEO users what those are at this point. I'm talking more about optimizing for those ranking factors and being able to make and prove hypothesis.
Meme credit: https://northcutt.com/SEO/rand-fishkin-is-wrong/
9 👍🏽 2 🤭 1 🤯 13 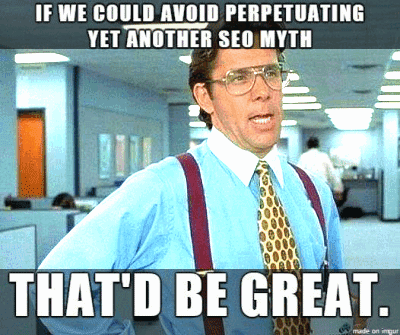 🔗🏹
[filtered from 51 💬🗨]💬🗨
Steven Kang 👑 » Kyle is big on single variable tests. Matt Diggity is good with testing average value. I personally own 2000 sites I test with.
🤯👍🏽7
Meakin
Thanks Steven Kang
With over 200 sites though, how do you isolate and test a single ranking factor?
Daniel » Meakin
At this stage of the game, it's not really profitable for guys with a lot of experience to be trying to confirm a factors existence. We reasonably know what those factors are. We also reasonably know what the most important ones are. SEO is decades old and you can mostly learn what the factors are from others.
What brings the ROI in our industry is and has always been optimizing for those factors.
Steven tests signals for example, which helps him identify what is weighted most importantly at any given time. E.g. At a basic level he can tell whether Authority or Relevance is currently most important. That's a lot more useful from an ROI perspective. As is live testing on a live website. Both are way harder than SVT – but are definitely more worth it for your average person because the reward pay off is so high.
👍🏽💟3
Meakin
You're 💯 right
Daniel
I misspoke and used the wrong terminology, yes, optimizing for ranking factors is much more important for ROI than finding out what the ranking factors are.
So I guess my next question is: how do you go about testing the optimization of Authority and Relevance and deciding how to improve those? Is it a case of using lots of sites are picking out specific data points?
Daniel » Meakin
I'm not sure how Steven does it at such scale, but I'm guessing he's purposely leaving certain things out on each cluster of sites he has setup. That way if it performs well you have a better idea of why that might be. I'm not sure if he's ever spoken about it in detail, but I'm sure you could find out if you dig around the search function for an hour or so! Maybe even tags!
Steven Kang 👑 » Daniel Yes, I look for pattern clusters more so than individual single variable tests which are limited to small factors.

Jake
Easiest way is via ML AI. Just need a few thousand dollars for data assimilation and a few thousand to run the AI and create the model.
The challenge here is you need to also classify the type of site and the type of query to fully understand how the algos rank the Search Engine Result Pages (SERPs).

Meakin
Thanks Jake
Do you have a link for that?
Jake
Not that is going to directly sate your query.
The closest example that comes to mind is the Multivariate Additive Noise Model… https://dzone.com/articles/using-ai-to-understand-complex-causation
Using AI to Understand Complex Cauzation – DZone AI
Jake
1. Assimilate (scrape) — query >> SERP >> sites
2. Classify (query type, SERP type, site type). Use onsite model to capture on-site ranking factors.
3. Augment (external SEO tools, apis)
4. Normalize
5. Analyze
6. Adjust and repeat
Meakin
🤔 Interesting, thanks Jake that's very similar to the method I use currently.
On recommendations on on-site model? Using POP currently.
Jake
On my similiar project, I believe I had roughly 120 on-site factors derived from industry docs and first-hand knowledge.
From a dev Point of View (POV), my objective was to make it easy to add additional rules beyond xpath and css selectors.

George
nothing in SEO can be isolated because rankings are proportionate to competition and you can't control their activity.

Meakin » George
So how can you ever know if you did something right / wrong?
George » Meakin
It's important to try and keep a close eye on competition. isolate the sites which share the most similar keywords and compete on a content level… then keep track of the changes they make (such as link aquisition) identify who is improving and try to use educated guess work as to what changes are being made and try to better them. Cutting corners doesn't usually yield long term stable results and with the SERPs so volatile due to regular updates, the best you can do is stick to a sensible plan and hope everything falls into place.
Meakin
Thanks again George
So then the whole idea of testing your SEO theories and practices is a red herring? We're all just making educated (or less educated 😉) guesses!
George » Meakin
Educated guess work is what everyone can do. Nobody actually knows the exact formula except Google. All we can do is run with strategies that have worked for other campaigns and make adjustments as required. We get good results, see visable impact on most long term client campaigns, but as discussed nothing is in isolation so can't claim 100% responsibility.

Martinez
"So if there over 200 ranking factors, plus algo updates, how do you conduct a 'fair' test of SEO Signals?"
You can't. And like Roger says, "lists of 200 ranking factors have been a joke played on noob SEO users for years" – in my opinion, too.
Meakin
Thanks Martinez
You always talk a lot of sense on these forums. Much appreciated.
So when people say "test, test, test" that's not strictly possible, right?
Roger » Meakin
Yes, it's not possible. The reason it's not possible is that people bring their biases into the testing and see what they expect to see.
Jeff wrote a great article about this.
Jeff has been in Search Engine Optimization (SEO) for years and years, doing highly sophisticated science based enterprise level SEO. He knows his stuff.
Here it is:
https://www.searchenginejournal.com/math-decode-google-algorithms/374391/
Do We Have the Math to Truly Decode Google's Algorithms?
Roger
And you might want to read this article that hopefully will help kill those idiotic correlation studies that keep popping up, which are 100% useless for SEO.
Those correlation studies are pure click bait and do not help you understand why Google ranks anything. They never have and have led to some really bad SEO practices in the past.
https://www.searchenginejournal.com/google-correlation-studies/365362/
Why Google Ranking Correlation Studies are Unreliable – Search Engine Journal
Meakin
Added those articles to my weekend readin too! Thanks again Roger.
Martinez
I've been telling people for 10 years why it's not possible to reverse engineer Google's algorithm. It's not that people bring their biases into the equation – it's that the math doesn't exist to identify hundreds of different signals all working together.
It might become possible with a real quantum computer but I doubt even that would do the trick.
Marvin
Well you can frame anything any way you like, but the truth is, SEO users have to a certain extent tested what the ranking factors are and have optimized for them, else we wouldn't know.
You could for example, take 1000 pages on your site, all similar structure, similar keywords (for mass page locations site), keyword Sv between 100-500 to account for general competitiveness. Now remove the main keyword from the main title tag for 500 of those pages, keep it on the other 500, reverse the test. The correlation in results if it turns out exactly as predicted would pretty much confirm causation.

Categories: Off-Page SEO, On-Page SEO
off-page seo,on-page seo, how can we figure out a few of the hundreds of seo ranking factors which drive mostly positive effects? https://mathlibra.com/how-can-we-figure-out-a-few-of-the-hundreds-of-seo-ranking-factors-which-drive-mostly-positive-effects/