Linear Programming Solved Problems — How do we Maximize the Profit of each Problem? 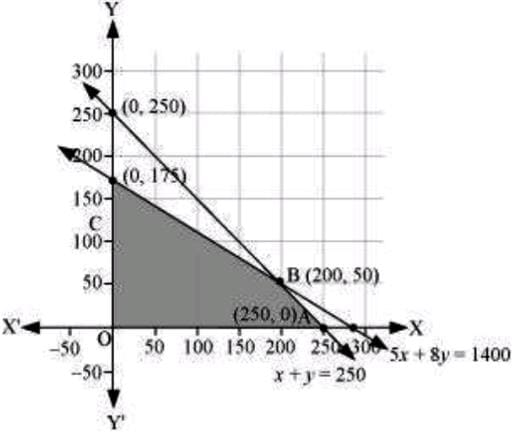 
p=7x+12y ⟷[Function to be maximized]
3. Express the constraints as inequalities.

Maximize p=7x+12y subject to the constraints

Sarah should make 12 bracelets and 18 necklaces for a maximum profit of $300. 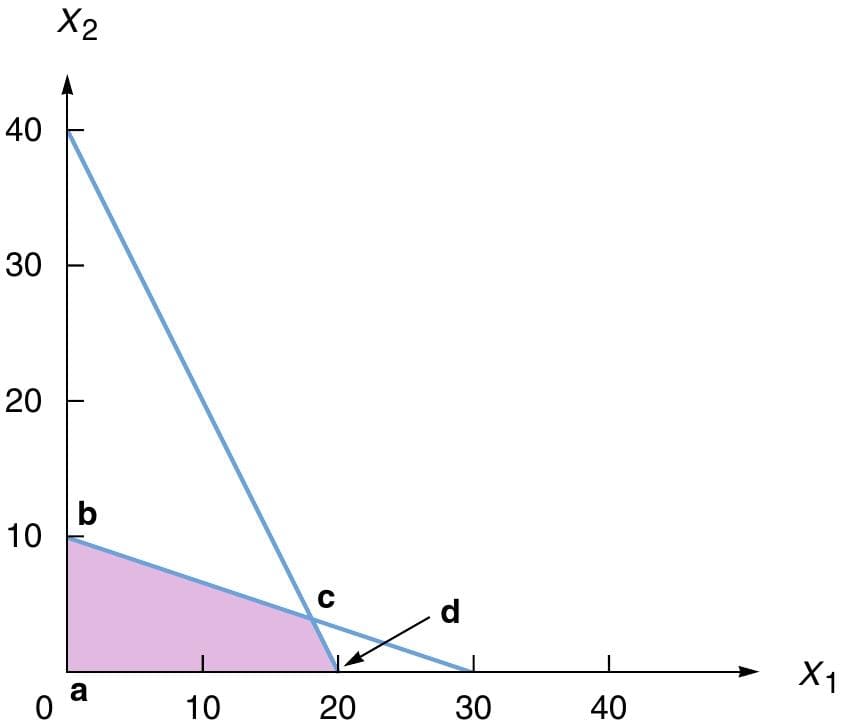 Corner-point c is obtained by solving equations 2X1+1X2=40 and X1+3X2=30 simultaneously. Multiply the second equation by -2 and add it to the ﬁrst. 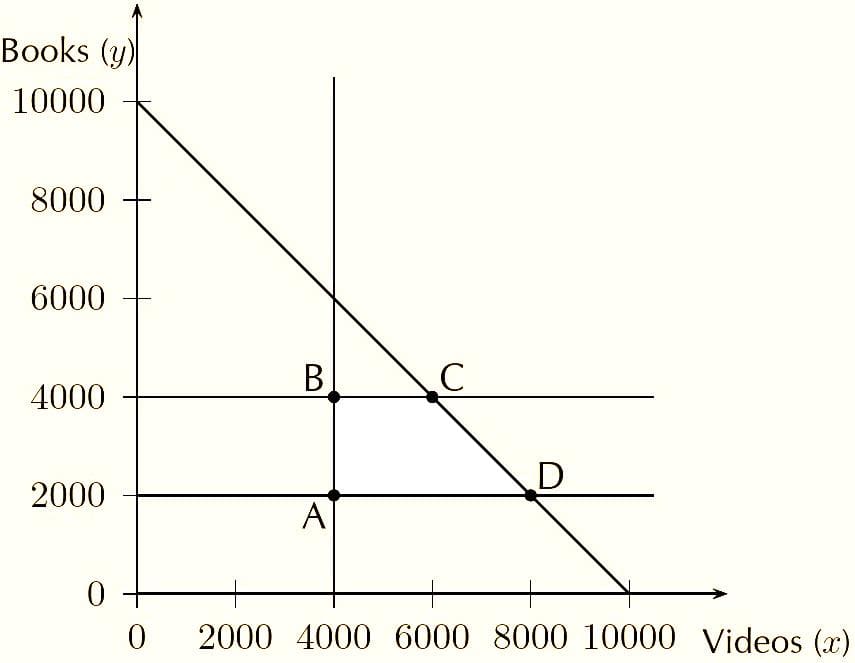 I=50x+30y
d) The vertices of the feasible region are as follows:

📌 SP5. A group of students plan to sell at hamburgers and y chicken burgers at a rugby match. They have meat for at most 300 hamburgers and at most 400 chicken burgers. Each burger of both types is sold in a packet. There are 500 packets available. The demand is likely to be such that the number of chicken burgers sold is at least half the number of hamburgers sold.
a) Write the constraint inequalities and draw a graph of the feasible region.
b) A profit of $3 is made on each hamburger sold and $2 on each chicken burger sold. Write the equation which represents the total profit P in terms of x and y.
c) The objective is to maximise profit. How many of each type of burger should be sold?
✍ Solution:
a) They have meat for at most 300 hamburgers:

y≥(0.5)x
Each burger of both types is sold in a packet. There are 500 packets available: 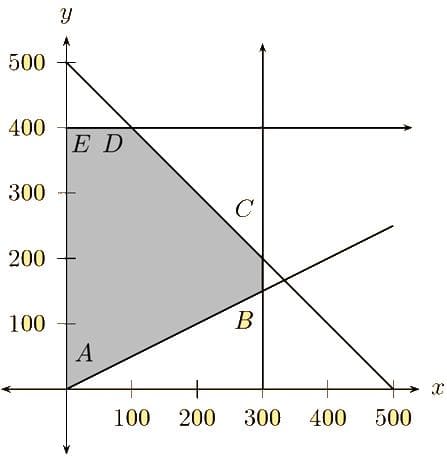 
x: number of scientific calculators produced
y: number of graphing calculators produced
Since they can’t produce negative numbers of calculators, I have the two constraints, x≥0 and y≥0. But in this case, I can ignore these constraints, because I already have that x≥100 and y≥80. The exercise also gives maximums: x≤200 and y≤170. The minimum shipping requirement gives me x+y≥200; in other words, y≥–x+200. The profit relation will be my optimization equation: P=–2x+5y. So the entire system is: