Numbers as Subsets of Real Number Set in a Venn Diagram

» Subsets of the Set of Real Numbers

3. Integers
The natural numbers, their negatives and zero make the set of integers and it is denoted by ℤ.

4. Rational Numbers
A number of the form p/q, where p and q both are integers and q≠0, is called a rational number (division by 0 is not permissible).
The set of rational numbers is generally denoted by ℚ.


ℚ={p/q:p,q∈ℤ and q≠0}
All the whole numbers are also rational numbers, since they can be represented as the ratio. E.g.,

Notice that any natural number is also an integer.
That is, ℕ⊂ℤ.

Altogether we have that

A set A is said to be a subset of set B if every element of A is also an element of B. In symbols we write A⊂B if a∈A→a∈B.

» Subsets of set of real numbers

Somewhere are many important subsets of ℝ. We give below the names of some of these subsets.

Some of the obvious relations among these subsets are: 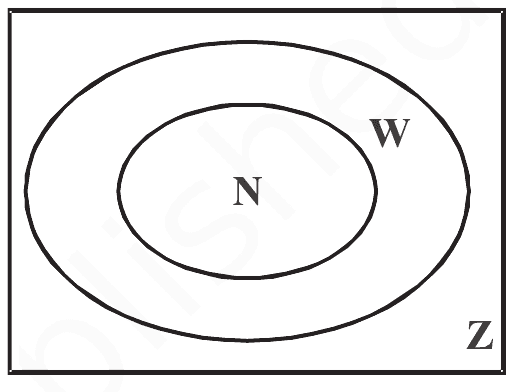 Example —
The Venn Diagram below represents the relationship between categories of numbers. 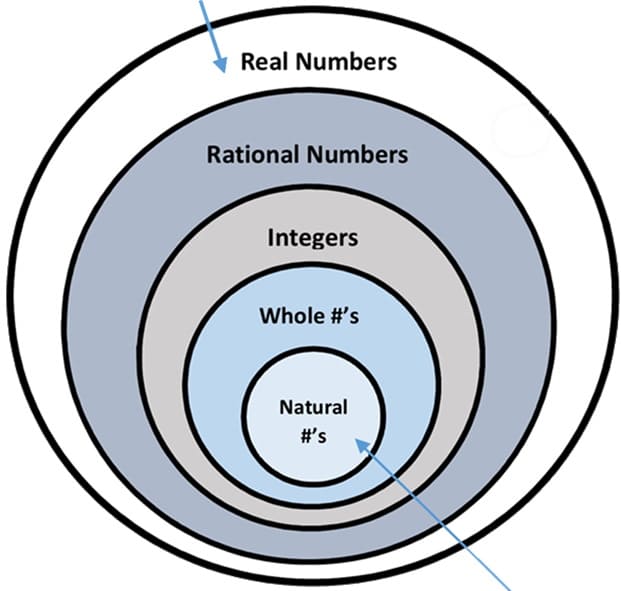 Above subsets can be represented diagramatically as given below