LINEAR INEQUALITIES AND THEIR GRAPHS
The statements below are inequalities in two variables:

REMARK:
When possible, use test points that are convenient to substitute into the inequality, such as (0, 0).

In this section, you will work with linear inequalities of the forms listed below. 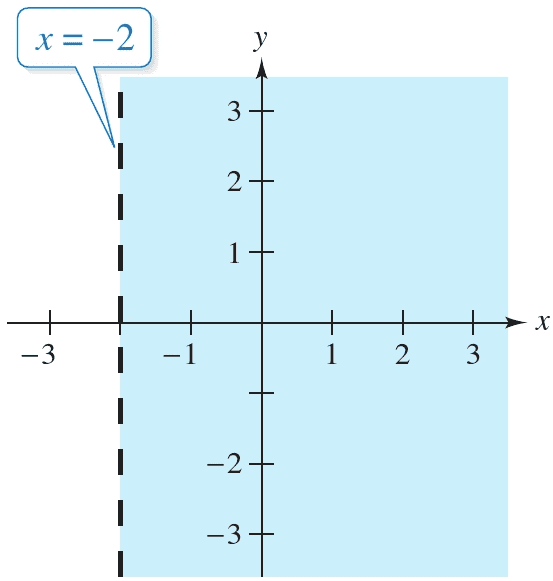 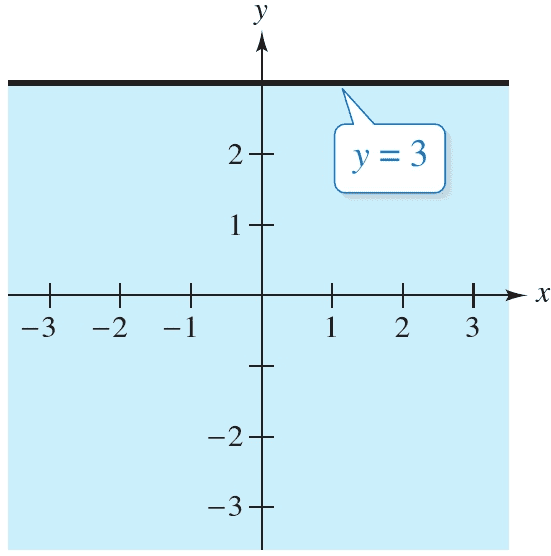 EXAMPLE 2 Sketching the Graph of a Linear Inequality
Sketch the graph of x-y<2.
SOLUTION:
The graph of the corresponding equation x-y=2 is a line, as shown below. The origin (0, 0) satisfies the inequality, so the graph consists of the half-plane lying above the line. (Check a point below the line to see that it does not satisfy the inequality.) 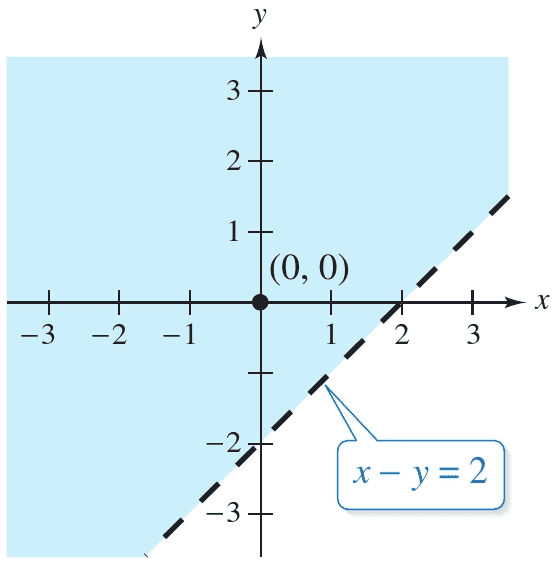 y>x-2
you can see that the solution points lie above the line y=x-2.

SYSTEMS OF INEQUALITIES
Many practical problems in business, science, and engineering involve systems of linear inequalities. An example of such a system is shown below.

[Figure 2]
(2, 4) is a solution because it satisﬁes the system of inequalities.

To sketch the graph of a system of inequalities in two variables, first sketch the graph of each individual inequality (on the same coordinate system) and then find the region that is common to every graph in the system. This region represents the solution set of the system. For systems of linear inequalities, it is helpful to find the vertices of the solution region, as shown in Example 3.

EXAMPLE 3 Solving a System of Inequalities
Sketch the graph (and label the vertices) of the solution set of the system shown below.


x-y<2
x>-2
y≤3
SOLUTION:
You have already sketched the graph of each of these inequalities in Examples 1 and 2. The region common to all three graphs can be found by superimposing the graphs on the same coordinate plane, as shown below. To find the vertices of the region, find the points of intersection of the boundaries of the region.

Vertex A: (-2, -4)
Obtained by finding the point of intersection of

Obtained by finding the point of intersection of
x=-2; y=3. 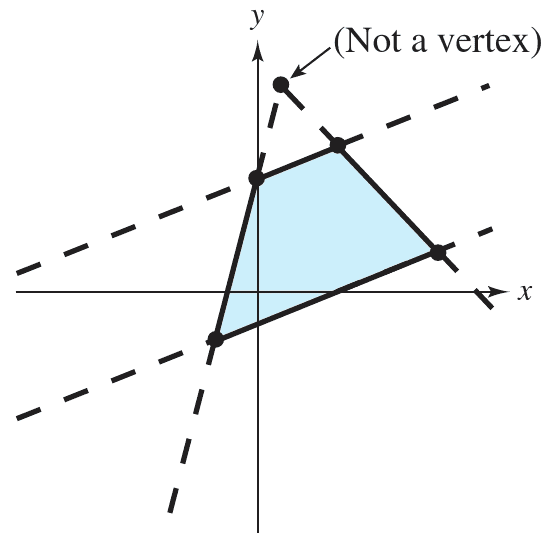 [Border lines can intersect at a point that is not a vertex.]

When solving a system of inequalities, be aware that the system might have no solution.
For example, the system 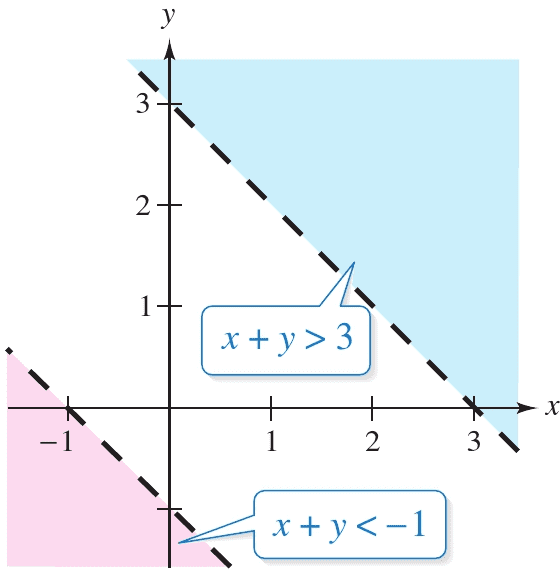 Another possibility is that the solution set of a system of inequalities can be unbounded. For example, consider the system below. 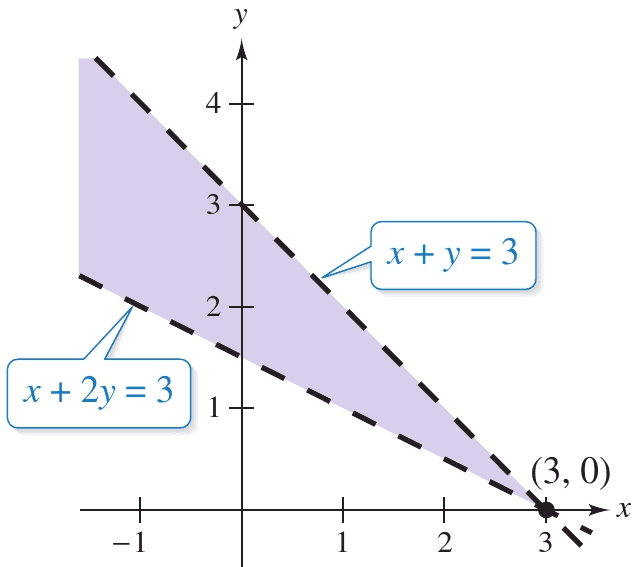