Mew
I asked a question earlier to see the responses, and it was "Is there a secret sauce to Search Engine Optimization ( SEO)"
I wanted to thank you all for your responses, as it gave us all an insight into how a lot of people think inside of our mastermind group.
While most of us believe there is some sort of secret to SEO, you will note that advanced SEO users (SEO's) mostly said no, there is not; and personally I do agree.
Secret Sauce is defined as a "Special quality or feature in the success of someone or something."
If we consider this, is SEO truly a special quality or feature?
Or is it a process that is unique to each individual – that can be replicated?
In my own opinion there is no secret to SEO. There are mechanical processes that are considered worst, better and best, but even these aren't a secret. When I look for them, they are in plain sight and provided by Google themselves.
I feel bad that most of you have joined this group believing that there is a secret to SEO and thinking that maybe I or someone else can give it to you. If I ever conveyed this, I apologize.
The truth is, no such thing exists.
We've all heard of Occam's Razor, and here, today I will use it to help you understand the secret to SEO and what is behind the curtain with just a few simple concepts that revolve back to relevancy, authority and user interface.
1.) Create content that is relevant to the keyword you are answering. How? Look at the top three competitors, assimilate their strategy and make the information better, with videos or infographics and more succinctly available.
2.) Generate an authority for your niche for the content you created. How? Get people talking about your relevant content that is better than any other content available for that subject or topic. Backlinks, citations, reviews and sentiment analysis – they all matter. Some more than others, dependent of the niche.
3.) Create an easy to use, fast interface that gets people the information quickly. Reduce load times, make people think less through intuitive design and foster an ongoing relationship with feedback and practical changes.
That's it guys! That is the secret sauce to SEO.
Don't get caught up in the buzz words, or the crazy ideas people come up with. Don't be on the constant look out for some new tool or idea that will help you out rank every competitor known to your niche.
Because as long as you believe there is a secret out there, you will be willing to buy it, when all that truly matters and Google wants, is the above.
Secret Sauce is a word marketers use to get you hooked. Along with secrets, revealings, puzzle and more.
Note: Do not confuse what I have said above as secret sauce with processes that are custom to each SEO. I have processes that I have found work for me, and I share them here. Other SEO's have echoed similar processes with the same/better results and different processes with the same/better results. If you want to be on the edge of SEO for yourself, define your processes by what works best – because magic and voodoo on the SERP doesn't exist.
The processes you should be looking to define are:
On Page Processes
Off Page Processes
Technical Processes
[filtered from 51 💬🗨] 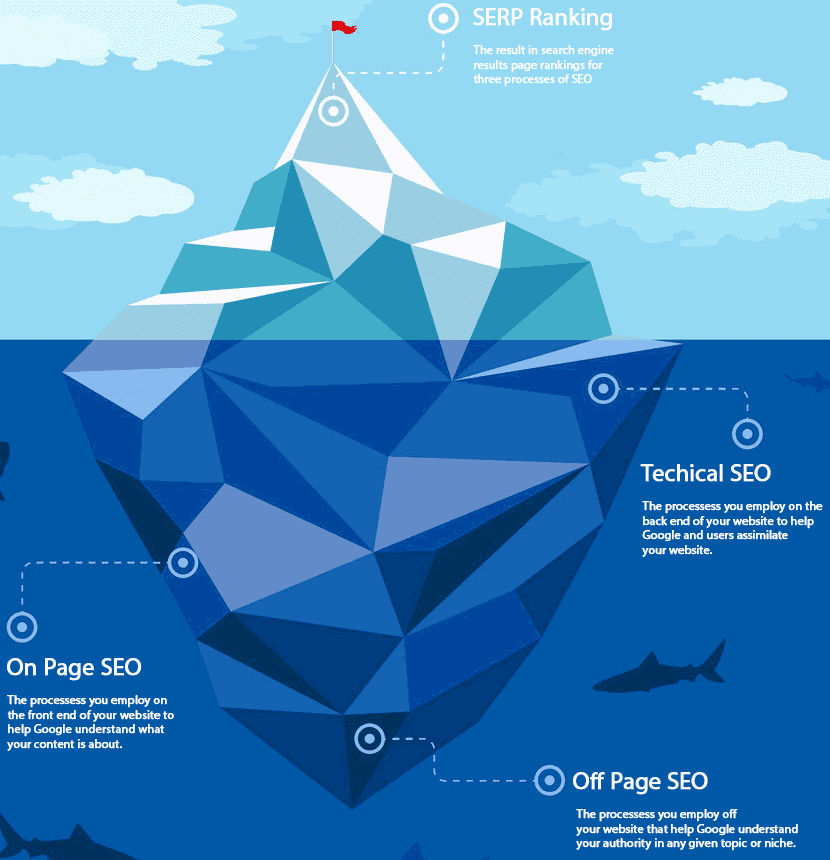 Trisha
Absolutely. Saving this for future reference so that I know my thoughts on no secret sauce for SEO are valid. Been doing SEO for just two years and I've been looking into how do they do it, what's the "secret"? What you said were also the exact things I also do and I have pages that are doing great today! There are no secrets! 👍🏽💟2

Mew 👑✍️
Agreed.
No secrets, just well known, not well known and processes people have studied and use anecdotally.

Abana
This is one of the best post. I followed the original post and was happy that most commenters said there were no secrets.
And some even went deeper to explain concepts.
Vlady
What are the SEO sharks deep underwater?)

Mew 👑✍️
Your competition trying to take a snack out of your hard work! 👍🏽1
RELATED POSTs
This Guy Had Got Employees to Build Up His Sites
To Block Bots E.g Ahrefs, Majestic, SEMrush, Etc, Except Google, Bing Bots
Google Dance Phenomenon
My Competitor Does Strange SEO (Search Engine Optimization)
I Want My Writers Are Rich In Research Before Writing
should do we follow some John Mueller’s thoughts on SEO? Search Engine Optimization
Use Latent Semantic Indexing (LSI) Keywords to Boost Your Website Organic Traffic
URL Structure Optimization
Embed the link of this post
G. News 1G. News 2TwitterFacebookWhatsAppBufferLinkedInPin It