Search Engine Optimization (SEO) | Personality | Whatever Case Studies
Category: Technical SEO
technical seo, to teach google that your company is part of the cluster/hub | is synonymous with the aimed phrase https://mathlibra.com/to-teach-google-that-your-company-is-part-of-the-cluster-hub-is-synonymous-with-the-aimed-phrase/

Mew 👑
Theory Thursday with Skye **Things other SEO users truly aren't talking about**
You guys know I have some pretty off-the-wall SEO theories. In fact, I was condemned by the SEO community in 2018-2019 for saying things like:
No Follow isn't a directive and Google picks up link equity/PR from it
You can still rank #1 in some niches without an Secure Sockets Layer (SSL)
Flyer distribution that sculpts Google My Business (GMB) signals is a form of Search Engine Optimization (SEO)
So forth and so on. While some of these theories have come to be true, a lot of them remain theories.
However, in this field we are scientists. We must continually theorize, test, assess, and then in my case distribute information.
So…what's my theory today? It revolves around what I have coined as:
Compounded Contextual Signaling & How to Sculpt Rank With It
In essence, it is my belief based on what we see with our properties (a few hundred we have access to), that by using phrases contextually in the right places, you increase the unknown exponential value of the signal.
So, what does that mean?
Because I mostly play in Local, let us say you own a Tucson Web Design Company and your primary local term is "Tucson Web Design".
By using this keyword as more than a phrase, we can begin to sculpt our company for the term itself. Bare with me here.
Before I jump in – have you ever seen a company name come up when you Google a term? In 2018 I used this theory to sculpt the agency and multiple clients we had to come up with a suggestion for the keyword itself. Please refer to the pictures below.
In essence, I believe that by compounding signals contextually, you can teach Google that your company is part of the cluster/hub. I was even able to sculpt my name locally into a query by using the influence of the company I sculpted…how insane is that?
So how does one do this exactly?
I believe and theorize that this is achieved by using proximal radius signals at a compounded multiplier to help Google understand that you are synonymous with the phrase.
But, what's that look like exactly? Here are your actionable tips.
Make sure you use the keyword in the proximal radius to your company name, with naturalized text, and by only allowing prepositions to separate the terms. Example: CS Design Studios is a Tucson Web Design Company, Backed by Over 150 Local Reviews
I would then compound this signal in the Google My Business (GMB) by using it as the first sentence in the description.
I would then compound this signal by using it as the Title on the website.
I would then again compound this signal by using it as the H1
I would then again compound this signal by using it as the first sentence in the description of off-page local citations
I would then again compound it on image uploads as the image name on web 2.0 links like https://www.awwwards.com/ and also make it the first sentence in the description.
Note: while this was my approach when I worked for CS Design Studios, I can not say what has been changed in the past year since I was terminated.
All in all, this is a theory but I have been able to re-create it multiple times by utilizing the above tactics. And in turn, I have been able to rank the absolute hell out of these companies because of this method/theory.
What do you think? Any thoughts?
46 👍🏽 7 💟 55 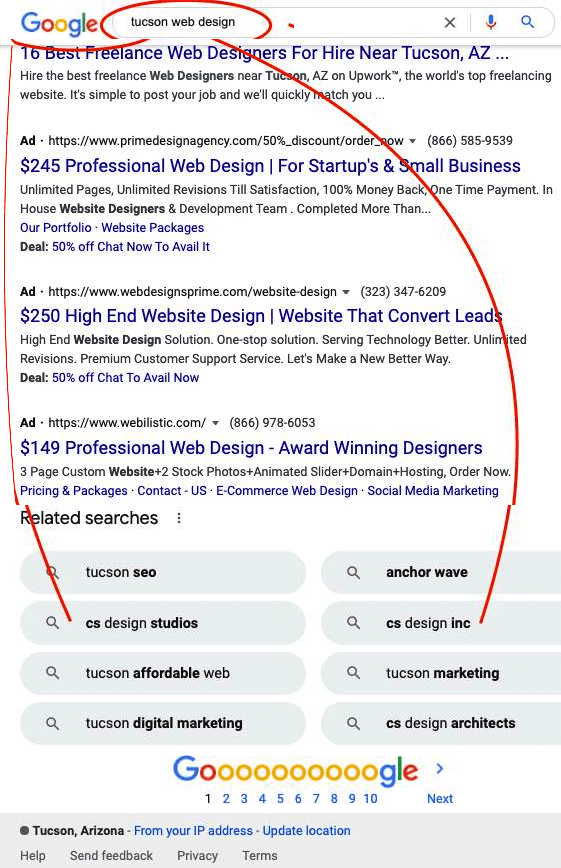 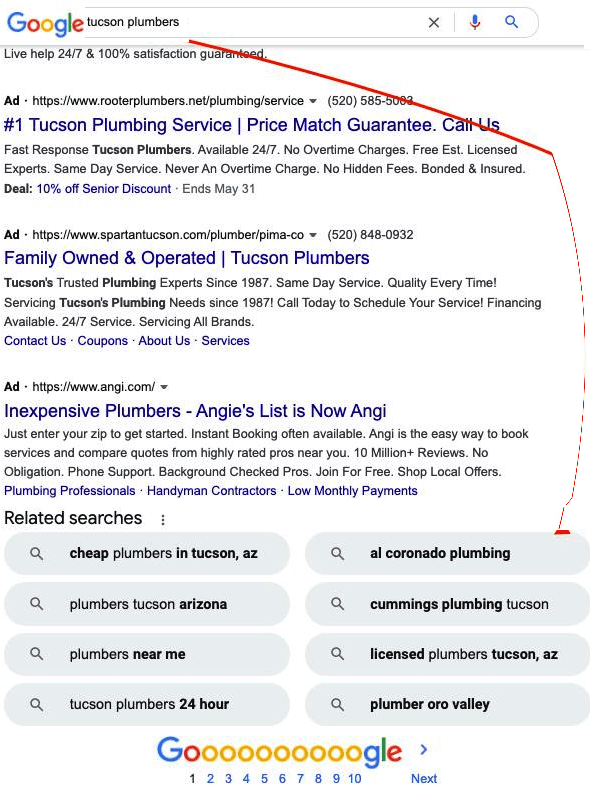 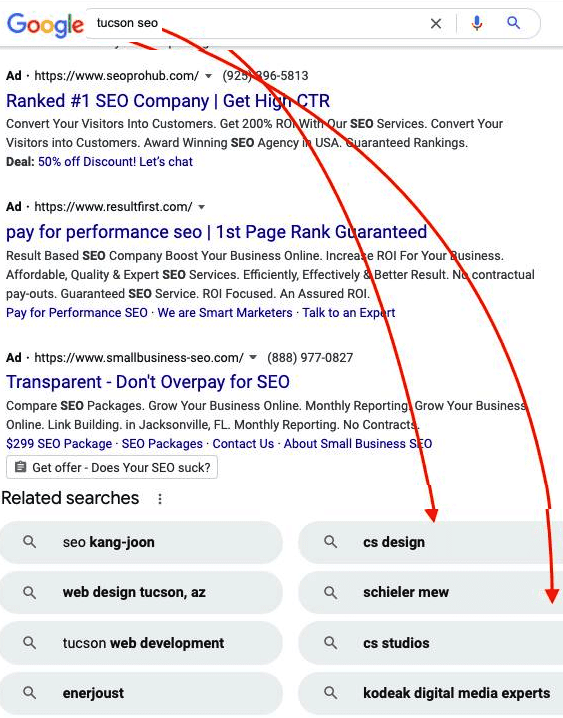 🔗🏹
[filtered from 31 💬🗨]💬🗨
Kirsten Patricio 🎓
Hey, I didn't know it was ok to do that, like use that sentence and not variations over and over in multiple places. Really thought it would hurt because it might be seen as something repetitive instead of something served as a signal. That truly is good to know.
Also, I am glad I have been using natural language ever since although not in this deep, technical sense but mainly because I try to empathize with the user. But hey, it looks like it's exactly where we're all headed. I really hate using as is keywords. After all, isn't our job to do optimizations for users and not Google?
It's very good to know where and how exactly to do this better with actual field data lol
Also, f*ck the haters. I am a Schieler Stan lmao
Ngl, I had to read this thrice to get it 😑 lol
(I love Alex Jones memes)
Mew ✍️👑 » Kirsten Patricio
Absolutely 1000% is okay to syndicate words/phrases. That's how you teach the big Googs who and what you are as an entity.
Just don't go on your website with "Tucson Web Design Experts" in your H1 and in your H2 "Tucson Web Design for Tucson"
Natural Language Processing (NLP) algorithms help Google pick up your properties for natural speech and for keywords!
💟👍🏽2

Steve
Was this search done incognito?

Chinaza
I agree with you 100%. Nice strategy 👍
This is similar to what we call "Topic Cluster" in the SEO content marketing world.
It preaches owning topics by looking at ranking from the Big picture perspective – contextually and not targeting specific keywords.
This way, you send multiple signals from different angles, to Google.
It's most suitable for local businesses and businesses looking to rank for difficult, broad keywords.
💟1
Kathy
I have such a hard time with this. Not saying it's wrong. I just have a hard time with it and really wish it didn't work. I read Coronado plumbing's website, and it sounds like an SEO wrote it, so the conversion optimizer in me cringes. I'd love to get a plumber client in Tucson so I can see if we can accomplish the same without having to resort to keyword stuffing or contextual signaling, as you call it. But, as we know, those in need of a plumber probably don't even care. They have other shit to deal with. 🙂
💟1

Mew ✍️👑 » Kathy
I no longer do work on Al Coronado. Unfortunately, they changed the entire website when I left. Let me see if I can get a screen shot of how it use to be 🙂Here is how the website was designed (As I designed and wrote all the content) when I was sculpting it's rank. After I left, organics plummeted. I absolutely also agree…how it has been re-designed today is atrocious.
https://web.archive.org/…//www.alcoronadoplumbing.com/
Tucson Plumber | The Only Plumbers in Tucson With 900 Five-Star Reviews
Kathy » Mew
Much better. Damn. So upsetting they hired a different SEO. Do you know why?
Mew ✍️👑 » Kathy
They let me go and hired someone else. They said that they perceived me as "local competition" even though I had no local clients at that time. In fact, I still only have one or two in my current city 🤷🏼‍♂️
Kathy » Mew
Love this: "We Don't Want to Drain Your Wallet!" I'd add, "Just your drain!" 🙂
💟1
Kathy
I've been doing Search Engine Optimization (SEO) for 20 years. I've seen so many local businesses make horrible choices. I actually lost an SEO client to another so-called SEO who told my client I didn't know how to do SEO because I got an F in the Yoast grader. That's because I don't use it! A good SEO never uses it. We don't need to. Then he told my client I didn't add metatags. That's because I didn't use Yoast's tool to add those to the home page. All you had to do was look at the source to find the metatags.
I was frantic, not because I was going to lose a client, but because my client was about to get either scammed or taken in by a so-called SEO who didn't have a clue what he was doing. I showed my client how what the SEO was saying was wrong. I gave him proof. He wouldn't listen, and then he fired me and hired him. I'm really direct and don't beat around the bush on things like this, but I do believe being a woman was not on my side.
We had just launched the site I built just weeks before. I sat back and watched for a few months to see the site rank climb because of the work I did. There was no other work being done on the site. No blogging. No new content. No link building. Nothing. And I had done all the citation building.
The other so-called SEO only did one thing. He set up a bot to hit his site everyday at exactly the same time – 10:30 PST to be exact – and the traffic went up and up and up, suddenly and stayed there with very little fluctuation.
Two years later I checked and the bot was still running. My client was clearly deceived into thinking traffic was a good thing, and of course credited that SEO because the day he hired him the traffic started to climb. But so did his rank, and likely his calls, because of the work I did on the site. But my client wouldn't know that. I even emailed my client and told him it was a bot and sent proof. I got no reply, probably because he never made the last payment on the website and he'd rather pretend I didn't exist. My guess is he never even opened up the email.
Finally about a year later, apparently my ex-client got wise and fired the SEO because suddenly the traffic fell off the cliff. I'm sure at that moment, he finally realized how he had been scammed. One day you're getting a hundreds of visits every single day for 3 years. And the next it drops 90% and stays there. How can you not know it was a scam?
Anyway, Server Message Block (SMB) being taken in by either a scammer or what I called the well-intentioned but ill-equipped consultant is a huge problem. They get pitched multiple times a day by SEO users telling them no one can find them in search and then fall for the pitch. So much of the time I feel like I'm in the rescue business. Let's hope the plumber is doing fine regardless.
🤔💟2

These may satisfy you:
» Unique Keyword Research
» Why Keywords are Important in SEO Content!

RELATED POSTs
Speed up Your WordPress Website and Avoid Plugins | Add This Script to .htaccess
Should We Add HTTP, HTTPS, WWW, Non-WWW of a Site on Google Search Console?
How To Improve Mobile SEO to be a Core Web Vitals (CWV) Green Score?
If Some Google Js are the Main Culprit of a Low Page Speed, What Should I Do?
CWV: Performance: 98 | Accessibility: 100 | Best Practices: 100 | SEO: 100 | Do this Strategy!
Planning to Move to Cloudways to Enjoy Shorter Time to First Byte (TTFB)
Merging Two Websites Which Are Two Synergic Niches
How Long did it take to Rank the Most Competitive, High-Volume Keyword into the First SERP?
Embed the link of this post
G. News 1G. News 2TwitterFacebookWhatsAppBufferLinkedInPin It

Category: Technical SEO
technical seo, to teach google that your company is part of the cluster/hub | is synonymous with the aimed phrase https://mathlibra.com/to-teach-google-that-your-company-is-part-of-the-cluster-hub-is-synonymous-with-the-aimed-phrase/